Central to our Education Program is our suite of foundation and advanced level professional examinations.

Additionally, any senior market practitioners with over ten years financial market experience who do not currently hold either the ACI Dealing Certificate or ACI Operations Certificate may also sit the ACI Diploma if they pass the ACI Model Code Certificate. Such candidates need to also submit a detailed CV to evidence their experience. The ACI Board of Education decides on the eligibility and may request further documentation in order to support its decision.

Candidates must pass one of the foundation examinations in order to sit for the highest ACI qualification – the ACI Diploma. 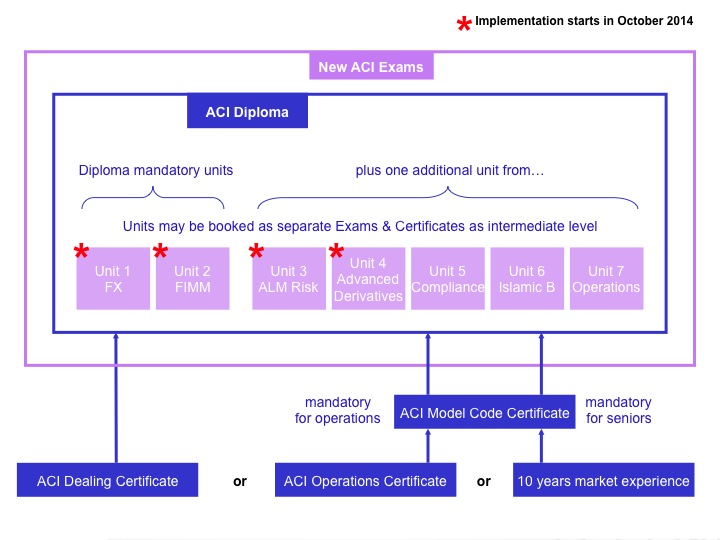